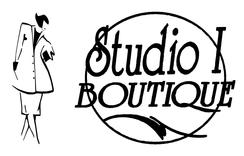 THIS IS MY STORY
MARIE HOLT

April 15, 1999 was a day I will never forget. I was diagnosed with second stage breast cancer. I was devastated, and all I did for two days was cry. From day one my family and friends were in full support of me. On the third day something told me I had to decide what to do about my situation, give in or deal with the problem. I decided it was not going to get me down and then I became determined. I had a partial mastectomy on my left breast and one whole corner of the waiting room was my family. I was so blessed for such a caring family. It takes a special person to work with cancer patients, I don’t think any of them ever had a bad day. One of my first experiences was going to Sudio 1 to get a wig when it was on Red Arrow Hwy. I was treated like I was someone special, no pity or blaming just we are going to deal with this and you are going to look good doing it. I left there feeling very confident and very special. The next thing was when my hair started falling out and my sister-in-law shaved my head. The only thing that was on my mind was it would not grow back. The funny thing was when it did I looked like Shirley Temple! During this whole process I was always getting cards and flowers from friends and co-workers, just letting me know they were thinking of me. It really helps a person get through this. I kept everything and put it in a scrapbook and once in a while I go through it and it reminds me how blessed I am and it was just a bump in the road. Another thing I did that helped was I kept a journal on everything. I had chemo and radiation. Now I need to take you back in time just a little bit to explain what was to happen next. When I was 18 years of age I became pregnant out of wedlock and back then you were either sent away or made to get an abortion. I would not think of an abortion, I at least wanted her to have a chance with someone if I could not raise her. My father gave me 24 hours to be out of my home. I went to live with my grandparents (my moms parents) in Memphis Tennessee until I gave birth to a little girl. She was given up for adoption and I was never able to see her. I was not aware but my aunt knew the couple that adopted her and they lived in Niles, Mi. She kept in touch with them and knew where they lived. I had just finished my third set of chemo and feeling miserable when my aunt called me and told me she knew the family that had adopted my daughter and had called them because she thought they should know about my cancer for medical history. The adoptive mother said it was quite a coincidence that she would call at that time because by now my daughter is 27 years old and they had been talking about meeting me. On August 22, 1999 I was able to see my daughter for the first time. When she walked in and I gave her a hug nothing else mattered, my whole summer ordeal did not matter anymore. They say there is a reason for everything and I believe cancer brought my daughter back to me with a little help from the man upstairs. Every year on Aug. 22 we have a mother daughter night and we celebrate our anniversary. We just had number 17. Seventeen years cancer free and my daughter back. It was a big celebration, the whole family took her in like she had always been there. Even my father welcomed her. So I always say the summer of 1999 was the worst and best time of my life. When you deal with cancer it does change your view on life and you learn not to sweat the small stuff. I can’t stress enough how important it is to have family and friends to be there for you, and always keep a positive attitude. You never forget you had cancer. It is always on my mind especially when it is time for the yearly mammogram, I always have that little bit of fear until the results come back. I don’t know why I was in that percent to get cancer but I am a better person for it..

Meet Amanda Goss. She touched my heart a couple years back when we first met because she needed a wig. My mom called and said her friends niece was dx with breast cancer and was coming to see me. She was so young, so sweet and so beautiful! A few months ago God brought her back into my life and I am so grateful he did.
I would like to share her story. She has some powerful words. Please feel free to comment and /or share!

When you hear the word cancer, it almost always makes your heart stop. Everyone knows someone that has or had some type of cancer. But the thing is, when you see other people getting it you always think, nope that can't happen to me. I was one of those people. I mean why would I get cancer, I'm young, overall healthy, I don't smoke, drink a lot of alcohol or do any bad habits to give me cancer. I thought I was just fine. Well that's when I got a very rude awakening in October 2014. I had woke up one morning and I noticed my armpit was hurting and it felt like a golf ball was lodged underneath my armpit and it was painful. At the time I had a 4 and 2 year old so I didn't think anything of it, I thought it was a clogged duct from breastfeeding my daughter or even a cyst because I've had a couple in the past. Fast forward a little bit, I went in for a doctor appt and he scheduled an ultrasound because he too had felt the lump and thought it was strange. Well that day I ended up having an ultrasound, mammogram and a biopsy because they ended up finding suspicious lumps. Two days later on October 15th 2014 I got the news I never wanted to hear. "It's cancer, breast cancer and its advanced to a stage lll." I was devastated as I balled my eyes out with my husband. I was only 24 at the time, had two very young children and had no family history. I found out through genetic testing that I have a newer form of a disease called li-fraumini syndrome. It can cause many forms of different cancers and can also cause brain tumors and a bunch of other horrible diseases. So out of all of them I felt like I sadly got the best one.

So after I picked myself up from the devastation that day, I looked at my two precious children and realized I didn't need to fight for me, I needed to fight for them. They were/are my entire world and I just couldn't bare to imagine them not having their mommy around. So after 10 rounds of intense chemo every 3 weeks and 3 surgeries later I was told on August 21st that I had beaten it and that I was cancer free. It was a feeling I can't even describe.

Well fast forward again to about a year later, I ended up going in for my regular 6 month check up, but I also told them I found a strange lump on the same breast as it was in before. I didn't think it was possible for it to come back since I was told I had a 5% chance of coming back after having a double mastectomy. Well I went in again for another ultrasound and biopsy and it turned out to be breast cancer again. But this time was much worse, they found two lumps in my left side and several all up and down my spine. This was considered stage 4 now. Again, I was devastated but I knew I couldn't feel sorry for myself, I didn't just go through all of those surgeries and chemo treatments to give up now.

It is October 10th and after 11 rounds of chemo I can happily say that the lumps in my chest are completely gone and I'm waiting for a bone scan and CT scan to be done at the beginning of November. Things are looking up and I'm hoping for an astounding amount of joy when I get those other results back. I have people ask me all the time, "how do you do it?!" or they say "you're so strong." I can't emphasize this enough, I have beaten this disease not once but almost twice and it's all because of my attitude. Your attitude is everything!! I'm here to fight, and to fight with everything in my soul. My two beautiful little girls need me. And I need them, I need to be able to see them graduate high school, to get their college degree, to walk down that aisle and witness them marring the love of their life and to one day watch my girls have children of their own. You see life is short but it's what you make of it. You get ONE life you guys, don't waste it. And to all the people fighting the fight, my advice to you is this, don't you dare let that cancer win, do everything in your power to survive another day. Cancer is a bully and I hate bullies! You've got this! YOU CAN DO THIS! Cancer has nothing on you, but you have to have a positive attitude.

Thank you for reading my story and I hope I can touch someone's heart by reading this.

With all my love-Amanda Goss

You HAVE to read this! Tugs at the heartstrings for sure  ❤️ If you or anyone you know has a story to tell and would like it to be  shared, please email me at lori_studio1@yahoo.com
Thank you Marie  and Amanda for allowing me to share you story. 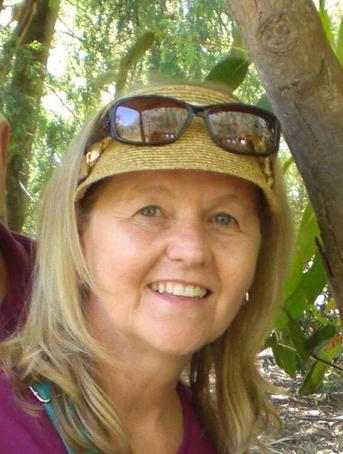 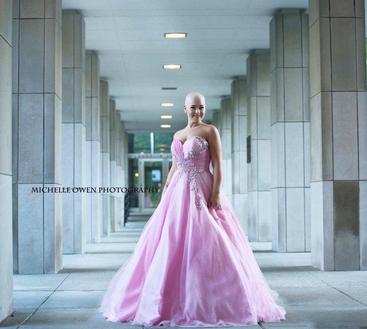